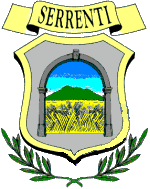 Serrenti is a small Sardinian municipality, with just under 5000 inhabitants, a precursor in the start of initiatives of collective self-consumption between public buildings. Already in 2010, thanks to two projects in the technical maintenance office such as ILLUMINAMENTE and S.E.I, there were huge savings on both public lighting and municipal buildings, planning the first pioneering smart micro-grids. The municipality aims to bring, thanks to the CASA DELL'ENERGIA project, the micro-networks developed in the community and new, at the service of the public lighting network. The project named Lucif.E.Ro aims to create a SMART CITY where renewable sources thanks to energy communities will provide innovative services to the citizen, giving new life to the economy of the country to remove the spectre of depopulation.

We also use analytics